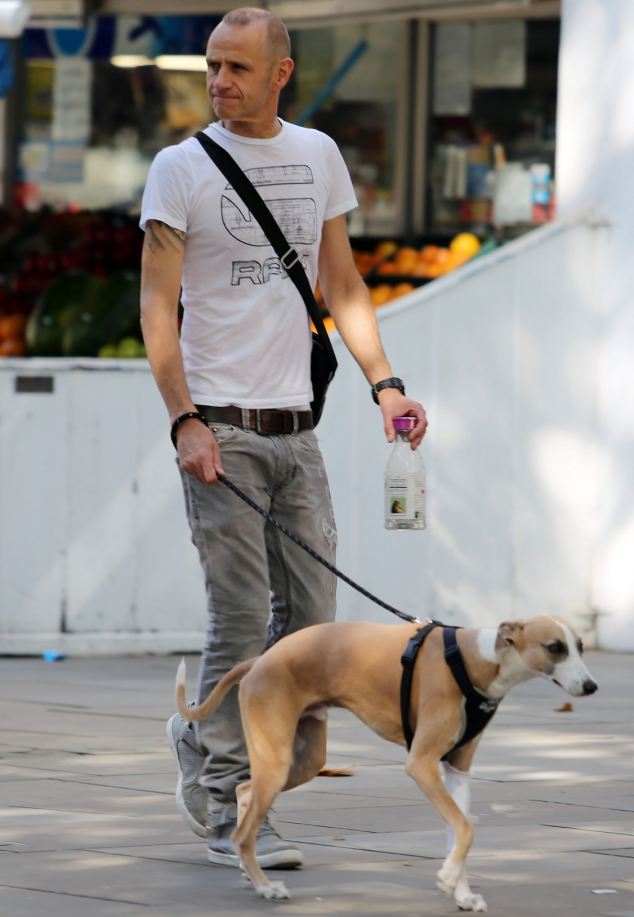 Evan Davis is the type of presenter the BBC can wheel out to prove that they’re ‘diverse.’ He’s gay you see, and he reputedly has pierced nipples. How un-BBC! Yet, gay or not, Davis is typical of the BBC careerist, past and present.

If you thought Jeremy Paxman was a self-satisfied, condescending lightweight punching way above his intellectual weight, then his replacement makes Paxo look like Plato. Last night he felt confident enough in his own intellectual abilities to take on one of the world’s leading political thinkers, Professor Noam Chomsky.

To prove how misguided and out of touch Chomsky was, Davis took to the streets of London in a typical shopping area where ‘ordinary people’ gathered to buy their dinner and bully people to donate to Great Ormond Street Hospital. It was probably right outside the BBC’s own building and Davis was set to prove Chomsky wrong.

Armed with a few isolated Chomsky quotes, Davis asked a total of six people, a middle aged woman in a yellow top, three embarrassed looking builders and two charity muggers if they agreed with the following statements :

“Neo-liberal democracy. Instead of citizens, it produces consumers. Instead of communities, it produces shopping malls. The net result is an atomized society of disengaged individuals who feel demoralised and socially powerless.”

“Not really” she answered.

Stick that on yer CV Chomsky!

The three builders merely looked bemused and one of them just went ‘ha well, ha ha.”
One of the middle class chuggers said she felt Noam’s statement was ‘too negative but admitted she was from a little village, as if this had anything to do it.

“The more you can increase fear of drugs, crime, welfare mothers, immigrants and aliens, the more you control all of the people.”

“That’s a difficult one,” Yellow Top Woman replied, “because immigration is the biggest question.” (they cut her off before she no doubt expressed the very fear that Chomsky was highlighting)
The Chuggers agreed that immigration was what ‘they’ wanted us to talk about whereas the builders refuted the ability off anyone to manufacture fear because all these things – immigration, drug addicts, was ‘just natural.’

If this may have struck many as a typically ‘balanced, impartial and fair’ BBC report, Davis went further and grilled Chomsky back in the studio. Sat in front of a backdrop of flames in Ferguson, Missouri, Davis began his ‘interview’ by asking Chomsky is he was disappointed that, at a time of anger with the elite, people were reacting by moving to the right supporting the tea party is the US and UKIP here, instead of moving to the left.

Chomsky answered politely that this analysis wasn’t correct and that there were other forms of protest such as the huge climate change rally in New York recently. Hmm. Davis seemed to think he had the old man on the ropes here.

“The difficulty of your position’ he intoned ‘is that you are telling people what you think is good for them.”

At this point I rather hoped Chomsky would lose his rag and butt Davis in his snotty beak but Noam kept his cool and replied that he was only telling people what HE thought based on y’know ‘evidence.’
Davis kept up his pathetic attack however.

“Isn’t it patronising to class people as consumers not citizens?” said the man who only minutes before had patronised ‘ordinary people’ such as the builders, by thinking the only thing they could possibly aspire to was a microwave oven.

Here Chomsky should really have walked off but no, he tolerated Davis’s insults and replied that the 70% of those on the lowest incomes had zero effect on government policy and the higher the income became the more governments created policies to suit the wealthy.

And so to the riots in Ferguson (hence the backdrop).

“We’re on a time budget” Davis stated as if his guest was an expensive luxury the BBC couldn’t afford.

“Does it surprise you that events like that in Ferguson are still happening in today’s America?”
“Do you? Y’boss eyed cunt?” Chomsky replied. If only. No, the prof again retained his cool and repleid that over 500 years of slavery, African Americans had only had a few scattered decades when they had a shot at entering the mainstream of American society.”

And that was that. Thanks Noam but we’re on a budget here.

Now, many people, especially those at the BBC itself, continue to believe in the myth of the corporation’s much heralded yet utterly fictitious reputation of ‘impartiality.’ If I had the time and the energy, I could analyse each and every news report, economics, social or historical programme and pull them to pieces, in fact I have done this but y’know I’ve got a real job to do.

Websites like ‘MediaLens’ and a few academics do this essential detailed critique every day, not that it makes any difference because there is a culture both of denial and cover up within the BBC, an absolute refusal to admit that they are either culturally biased by their own Oxbridge prejudices or coerced into obedience by their political paymasters, on whom their six figure salaries depend (or both). The BBC Trust ofcourse is filled with political and corporate placemen who are cut from the same cloth and therefore protect their pals wherever possible.

Davis is the type of right wing lightweight that has taken over at the BBC. These people, the self-elected ‘mavericks’ and ‘tough talkers’ of Radio 4 and Newsnight only operate in a narrow spectrum of accepted opinion. Chomsky is therefore treated with the kind of contempt that Russell Brand recently encountered for daring to take the likes of Paxman and Davis on.
As Davis said of his subject last night.

BBC defenders argue that the alternative is Fox as if the BBC’s own propaganda is any better than Murdoch’s. Davis obviously has supporters in very high places within the corporation and bias against even the soft left is now blatant and sustained as the Scottish referendum coverage proved. Chomsky may be loathed by many, usually those with power and influence, people like Davis and his BBC pals for example.

…bad time to decide to jib 15 years of being ‘too shit’ and draw a line under ‘stop being a fucking soft cunt’ ..rent me gaff out..and move to ‘the seaside’.

Here we are. Another place.

Join me, daily, for thoughts, sounds, music and totally irrelevant bollocks from somebody who’s not arsed, knows the dance…and is still here.